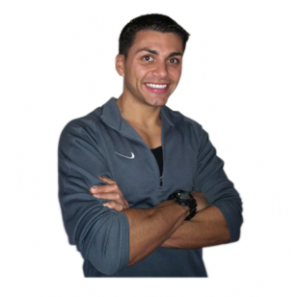 I joined the coaching program for one reason – TO GROW A PAIR OF BALLS and take my business to the next level, which is opening a facility of my own!  I am 30 years old and have been an independent contractor since 2007!  I have been playing it safe for nearly 7 YEARS!!!  Don’t get me wrong, I have been growing but not nearly as fast as I expected to when I decided to start my own business.  I mean I thought I would be making so much money that I would be yelling at every fitness pro in the industry

I was wrong…  DEAD wrong…

We all know Bedros is the King of this industry, but what I didn’t know was how much “holy shit information” I was going to get from Cabel!  I mean this guy knows his stuff!

I knew at that point I have found a gem…

My January numbers are up $2,400 from last year, February is up $1,900 plus the $2,235 from the first promo…  And these are the worst months of the year for independent trainers!

My wife and I TRULY want to thank Bedros and Cabel for helping me find my balls!

I have decided since I have these new shiny balls, I am ready to open a facility of my own this summer!

THANK YOU GUYS SO MUCH!